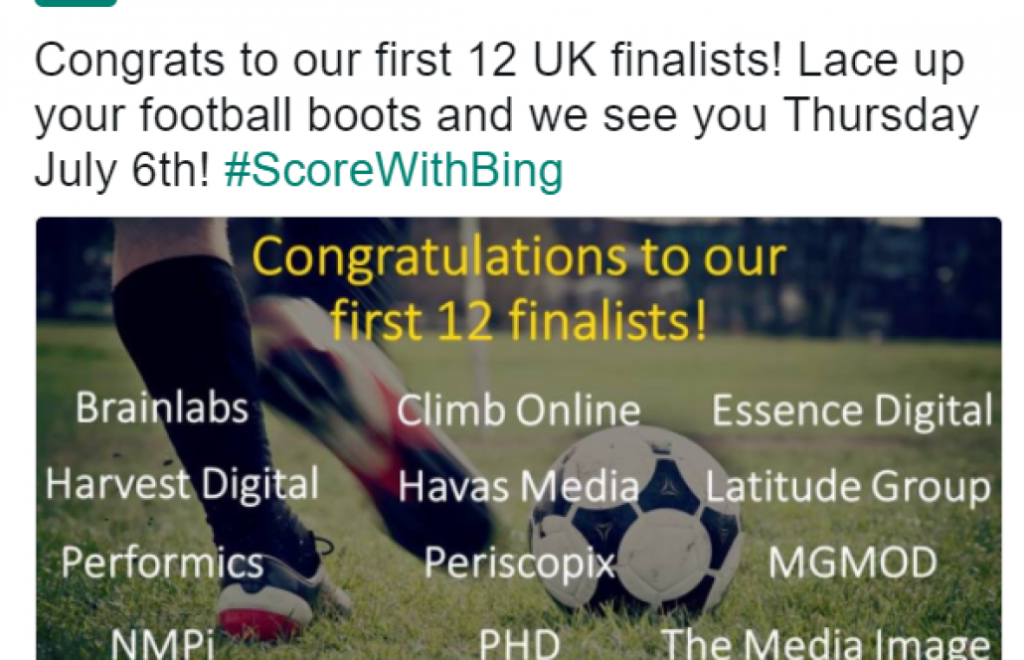 To be in with a chance of taking part in the Score With Bing football tournament we had to first qualify and to do so we were required to submit our video entry to Twitter. This year we took a different route to the finals and got the  the one and only toy pomeranian , “Luigui” to star in the video.

The gamble seemed to pay off as we have made the finals and our team of Guys and Gals are already in training. Last year we narrowly missed out on the final game and we have lots of new TMI recruits to bolster our squad.  The first practice game is next week! Check back for results then. As always we wish all the other agencies and clients best of the luck…. NOT!