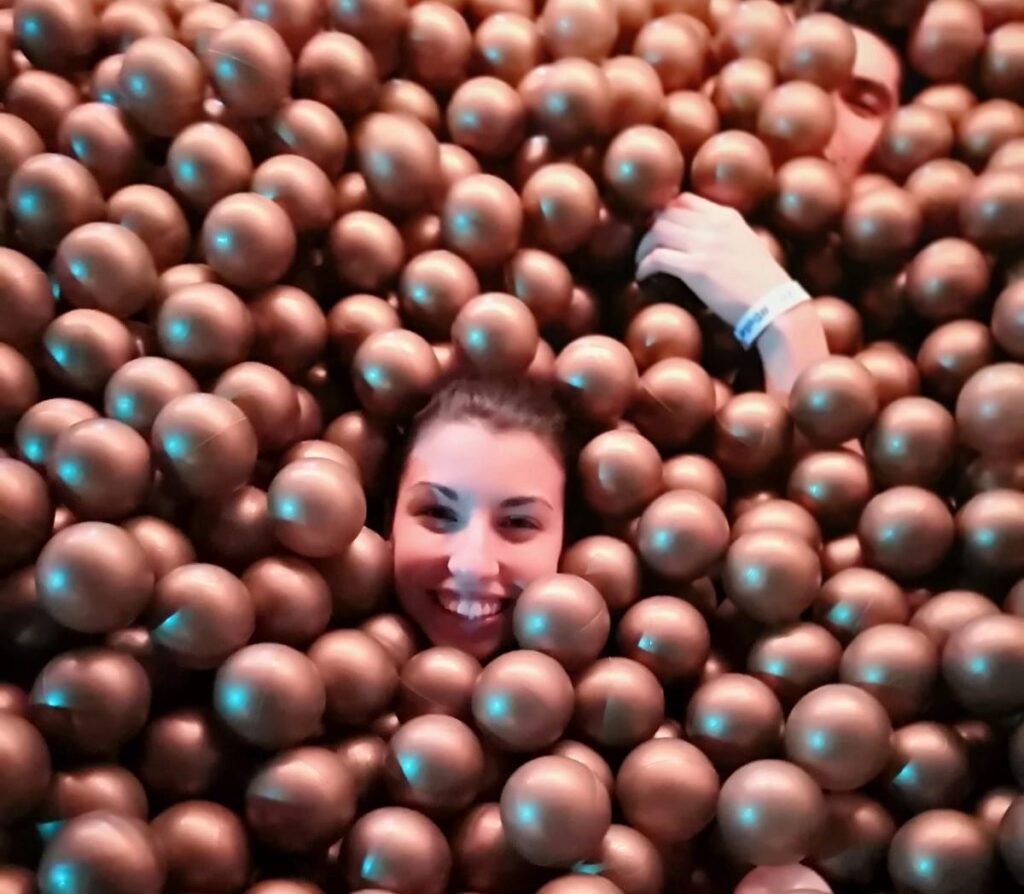 On February 28th 2019, The Media Image took a whirlwind of a journey back in time to the great and magical fun of the playground in a giant ball pit time machine.

With our eager and excited child-like eyes wide open, the TMI crew walked into the magic that is Ballie Ballerson and without hesitation dove straight into a VIP pitt full with thousands of golden plastic balls. All at once shrills of laughter, screeching and lots of messing around, throwing the plastic balls at one another broke out, with the sound of shrieking echoing all the way back to the office in Vauxhall.

Somehow during all the fun and chaos of balls flying everywhere, one of our lovely Italian TMIer’s, Gaia managed to give herself a little peace and submerged her whole body in the ball pit so that only her face was visible! The girls then had the unfortunate task of trying to pull Gaia out of the VIP ball pit before disappearing to the cocktail bar and dancing to many tunes! Meanwhile, the boys were still happy frolicking around in the golden ball pit before they learned that the girls had traded that one in for the oh-so-amazing Queen Ariana Grande influenced ‘Thank U Next’ Ball Pit.


After playing many games in the ball pits, taking lots of selfies and photos to post on Instagram, our time at Ballie Ballerson sadly came to an end. It was time to step back into the time machine and head back to reality. After an amazing time out and all the memories that were made together, one thing is for sure and that is that the TMI crew shall return to Ballie Ballerson in the future, just watch this space!