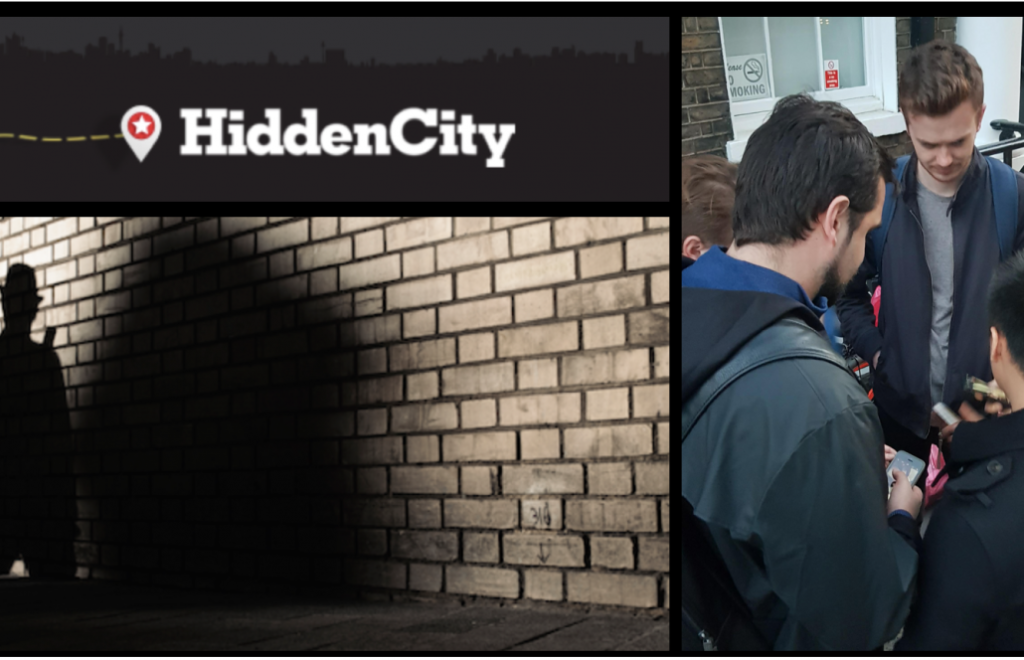 On April 25th five brave warriors of TMI make their way down South of London, to gather outside The Kitchen of the National Theatre. This is where we were instructed to start the HiddenCity: Bright Lights Evening Trail.

The treasure hunt commenced at exactly 19:45 – the moment the Captain of the squad: Jackie Yen texted ‘Start’ to the clue master on his mobile phone. The team consisting of the captain himself and the following: Alexander ‘hold-the-phone’ Peel, Ali ‘Critical-Moment’ Kerr, Tom ‘Team-Carry’ Hutton, Edward ‘Follow-The-Group’ Halsor – were fully focused and determined to beat the game. With each clue the team cracked the team ventured deeper and deeper into the streets of London.

Until finally we found ourselves in Holborn, inside a pub staring at a picture of a dagger, with two masks and a stain on glass – symbolically marking the end of our hunt.   With the whole hunt lasting 1 hour and 46 minutes, the mission was done. The team then toasted to pints of beer to our hearts content.   End of story.

I've Been Looking Forward to This For 18 Years