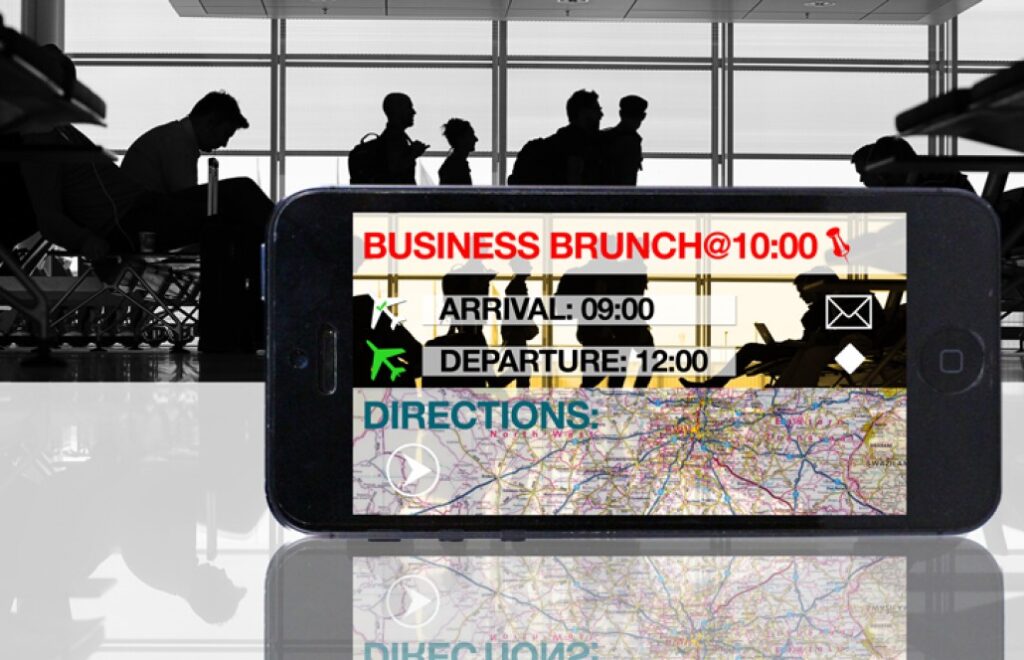 “The customer is always right” – this hasn’t always been the case and consumers haven’t always had the power that mobile devices have granted them in the last decade. The mobile phone is a brilliant invention that has changed the way we do just about everything. The last two or three years have been the most profound and the rise of the smartphone has made all things possible. Suddenly, we’re able to do things that used to be unheard of, all it takes is the quick download of an app. Apps are powerful programs that create convenience in our lives and they are hugely popular. You’ll overhear conversations everywhere – someone will be talking about something they struggled with and they’ll be told “There’s an app for that!” From watching how many calories are burnt during a run, to getting instant updates of a soccer match when you can’t be in front of the TV – certainly everybody that carries a smartphone has a distinct advantage. Everything is more easily measurable and every bit of information you’ll ever need is only a few clicks away. But, perhaps the greatest thing that smartphones have done for humankind is the power they have given us to make our voices heard. And, just as history has proven, humans are extremely powerful in large groups. The 80’s and 90’s saw the rise of big business communication. Large corporates have been around in some form or another since people began to trade and market their products, but the big corporates of the modern world have had to wrestle with a new form of human revolution – the dawn of the age of information. Modern corporates need reputation protection and they do that by employing PR executives. These teams seek to understand human needs and, in their marketing strategies, look to offer the public something they can’t find elsewhere. With so much jostling for the attention of the consumer, ‘the man on the street’, has all the power in the age of information. Armed with a mobile device, this power is firmly placed in the palm of the hand. Public relations is the sound management of the spread of a brand’s information. Take the Y-generation – clued up on social media and adept at digital communication – throw in mobile devices with roaming service and the instant aggregation of messages. Suddenly consumers are in charge and a company’s information can be found easily on social media in a hashtag or a viral video. Modern brands are not in a good place unless they ensure the happiness of the people they serve. We exist in a new digital realm and more than ever now, the public are in the driver’s seat. While advertising is great for ‘impressions’ (eyes on your brand), people no longer believe what brands are telling them. They want proof and they find it by looking at what other consumers are saying. Their friends, their colleagues and a company’s other customers can all have their say online and this information is readily at their fingertips. Imagine the old ‘word-of-mouth concept, multiplied by a thousand. This is where PR meetssearch engine optimisation (SEO) – your company’s information is available for the world to see, all it takes is a quick search. The stats below make it clear, mobile users are engaging through their devices more than ever before. People used to use their mobiles primarily for research, after which they would make purchases on their desktops. The rise of the smartphone changed this and people have more confidence to make mobile purchases. It, therefore, stands to reason that brands are pouring resources into mobile sites, apps and social media marketing. Smartphones are exploding in popularity in both the developed and the developing world. Also on the rise is the amount of people accessing social media through their mobile devices. In the US, 78% of Facebook users are on their mobiles, 75% of Twitter’s 230 million active users are accessing the site via mobile and Pinterest users (of which 84% are female) spent just over 67% of their time on the image sharing giant using mobile devices. This means that consumers not only prefer mobile surfing, they are spending a lot more time doing it, due to convenience.

People on Facebook are more politically engaged, while Twitter is still the preferred arena to engage with a brand. While brands can use social media to get their message to millions of consumers within seconds, they should not forget who is in charge. Gone are the days of above the line advertising, where billboards were the stars of a one-way communication model that cannot exist in a modern, ‘real-time’ landscape.Mobile users are highly engaged. According to Hubspot, 9 out of 10 commercial mobile searches lead to an action, and over half lead to a purchase. This engagement rate shows that mobile users mean business, particularly in their own backyard (the social media playground). Corporates McDonalds, Quantas Airways and JPMorgan found out the hard way that social media is a place for engaging with (and not advertising to) customers. Things can get nasty pretty quickly on Twitter with a relatively new phenomenon, known as the ‘Hashtag Hijack’. The fast food chain tried to set up a hashtag called #McDsStories. They expected the users on the popular micro-blogging site to tell light and fluffy stories of happy meals and good times. What they got were horror tales of projectile vomiting, diarrhoea and obesity.JPMorgan Chase learned the hard way too. The multinational financial services company used #AskJPM in a bid to allow its executives to answer the public’s queries. Not understanding the intersection of PR and social media can be devastating – the firm’s reputation preceded it and the hashtag was ruthlessly hijacked by the people. Twitter users asked them how many lives they were still planning on ruining, how many people they had made homeless in 2008 and how they managed to sleep at night after selling securities so irresponsibly they contributed to an international recession.Airline Quantas also tried their hand in the social arena. They used the hashtag #QantasLuxury and expected their fans to chime in with great experiences of flying in luxury. They had to think again as users began offering sarcastic stories and images of cramped leg room, long queues and airline meals looking like anything but luxury. In a rare moment of concession, JPMorgan later tweeted “Tomorrow’s Q&A is cancelled. Bad Idea. Back to the drawing board.” With the digital revolution, there are a few drawbacks for mankind. Attention spans are dropping and consumers are bombarded with advertising. This means they are no longer very interested in promotion, unless it grips them straight away and brand messages need to be targeted more individually. Image and video marketing is on the rise because they’re increasingly more effective at drawing eyes. There are a few brands that have recognised the sign of the times, so to speak, and are using modern marketing to their advantage. Other surprising facts about mobiles:

Video marketing has become a great way for brands to get extra exposure online, after having run their course on television. This television commercial from Bell’s Whisky garnered almost 2 million YouTube views and some clever CGI animation got this Kia ad a further 14 million hits. Brands are increasingly using better tactics to market their content and are making sure that consumers can use their mobiles to view this content and share it. The more easily something can be shared, the more viral it can become. The digital revolution has given rise to some great causes and will continue to do so. Keep your eye on The Media Image’s blog – I’ll keep you up to date on some of the PR and branding (good and bad) that companies are using to inspire (or amuse) their audiences.

Benefits of the Tag Management System